If you are staying in Perth a little longer and want to see something unique outside of Perth, the Local Organising Committee recommend:

Jump on board and take the leisurely train ride along the jetty. Sit back and relax while the driver takes you on a journey across the calm, clear waters of Geographe Bay. With 90 seats available and trips leaving throughout the day, the Jetty Train is the perfect way to experience the Busselton Jetty.

The Underwater Observatory, at the end of the jetty, provides visitors the opportunity to experience one of Australia’s greatest artificial reefs. Descend 8 metres to the ocean floor via a spiral staircase to view some of the 300 species of vividly coloured tropical and sub-tropical corals, sponges, fish and invertebrates. 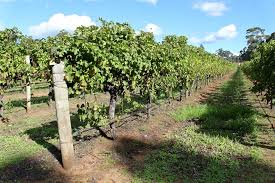 Continue another 30 minutes’ drive south of Busselton to reach the beautiful Margaret River region.  There’s a wide range of activities to choose from rain or shine. Top on the list would have to be a tour of the wineries of the region. This region accounts for more than 1/5 of premium wines produced in the country. It is also home to a number of craft breweries, cideries and distilleries, not to mention award winning cafes and restaurants utilising local produce.

Margaret River also offers adventures off the beaten track. See the “suspended table” at Lake Cave, which is believed to be the only limestone crystal decoration that hangs from the ceiling and hovers above the surface of the cave’s permanent lake. Discover the home of the longest straw stalactites in any tourist cave in the world found in Jewel Cave Augusta, while ancient Australian megafauna fossils can be found inside Mammoth Cave.

A visit to Australia’s Nambung National Park and the Pinnacles is a must. The Pinnacles had approximately 653,000 visitors recorded by Parks and Wildlife from during the 2017/2018 financial year, making it Western Australia’s most visited attraction. 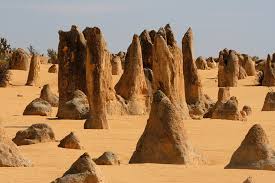 The Pinnacles of Nambung National Park are the major natural attraction in the Coral Coast region, found between Cervantes and Jurien Bay. The park is located roughly 200 kilometres north of Perth and covers an area of 17,487 hectares, providing a natural habitat for an extensive array of native animals and bird life.

These amazing natural limestone structures, some standing as high as five metres, were formed approximately 25,000 to 30,000 years ago, after the sea receded and left deposits of sea shells. Over time, coastal winds removed the surrounding sand, leaving the pillars exposed to the elements.

Conventional two wheel drive vehicles can access Nambung National Park by road, south from Cervantes. A scenic drive is also available for light vehicles, but you must remain on the marked track. The little Painted Desert and unusual white dunes can also be viewed from the Pinnacles Lookout and is a pleasurable 4-5 kilometre walk through the Nambung National Park. If you’re planning an extended walk of this kind, please contact the Ranger Station in Cervantes on +61 8 9545 7043. 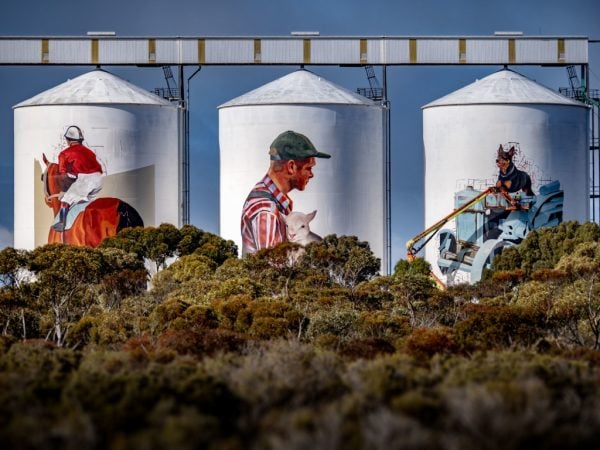 A creative project transforming country infrastructure into sites of world class mural art. Over the past three years the PUBLIC Silo Trail project has created murals on grain silos in Northam, Ravensthorpe, Merredin, Albany, Newdegate and Pingrup, and on public walls and transformer boxes throughout Katanning.

These towering agricultural landmarks, visible for miles around, are a source of pride for their host towns, and also a drawcard for road-trip adventurers. What better way to get off the beaten track and spend some time in some of Western Australia’s most welcoming and down-to-earth communities.

Completed in 2018, this permanent, open-air, truly PUBLIC ‘gallery’ links rural and coastal towns across Western Australia’s southern regions, a game changer for bringing renewed emphasis to the positive perceptions of the regions, their people and industries, and the unique canvas they provide.

Committed to advancing understanding & awareness of evidence based practice for children and adults with cerebral palsy and developmental conditions.

Today’s #DisabilityPride Day and we’re recognizing the 1 billion people in the world that have a disability! We hope you’ll take a moment today to learn, put a piece of #disability content in your feed & share your own experience w/ #CP on http://facesofcp.org. 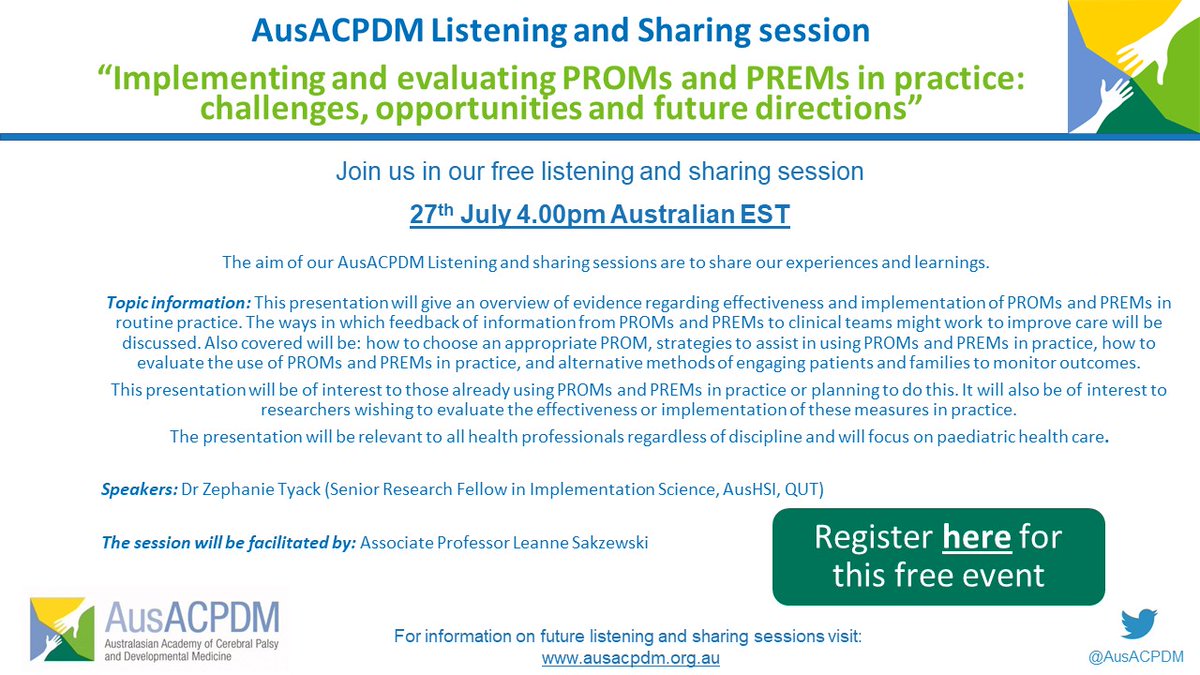 Join us on July 27th for our next #AusACPDM listening and sharing session on the topic "Implementing and evaluating PROMs and PREMs in practice: challenges, opportunities & future directions" Register at https://us02web.zoom.us/meeting/register/tZUqcOysrDgqG9Mjboi2VZ_n-lL0UE1Y9BY9

Participate in a Delphi Study on optimal goal setting practices for school-aged children with a disability or delay ➡️https://uniofqueensland.syd1.qualtrics.com/jfe/form/SV_6Rb5YtkaUjv4wOq

ARE YOU: An allied health professional clinician or researcher with experience with school-aged children (5